Your Browser Is No Longer Supported. Please use an alternative browser to improve your experience and security.

Whether it’s adventurous skiing in the best powder snow in winter, extended hikes in the glorious spring sun or resting in one of the beautiful alpine huts – just about everyone knows and appreciates the beautiful Alpine region, as it is one of the most popular travel destinations in the world.

But apart from the impressive landscape, the Alps are above all an extremely important ecosystem. As one of the largest contiguous natural areas, the mountain range provides a habitat for ten thousand animal and plant species and is also the most valuable drinking water reservoir in Europe. For example, the glaciers and springs supply all regions with valuable drinking water during the whole year via streams and rivers. The busy waterways, such as the Rhine or the Danube, are also fed from these supplies. In addition, the mountain forests contribute a large part to the purification of the air, so that the climatic balance in this region is ensured.

Extensive effects on the ecosystem of the Alps

As beautiful as it is to enjoy nature in various ways in the mountains, it is becoming increasingly clear, especially in recent years, that the intensive use of the Alpine region by humans is not without far-reaching effects on the sensitive ecosystem. And although climate change is an important and strongly discussed topic again and again and seemingly everywhere in the world, it still seems far too distant and intangible for most people. The fact that the already advanced and drastic changes can be observed particularly at the Alpine glaciers very clearly, and thus in the heart of Europe, is impressively reported by the world-renowned photographer Nomi Baumgartl and the passionate alpinist Helmut Achatz with their extraordinary Eaglewings project. 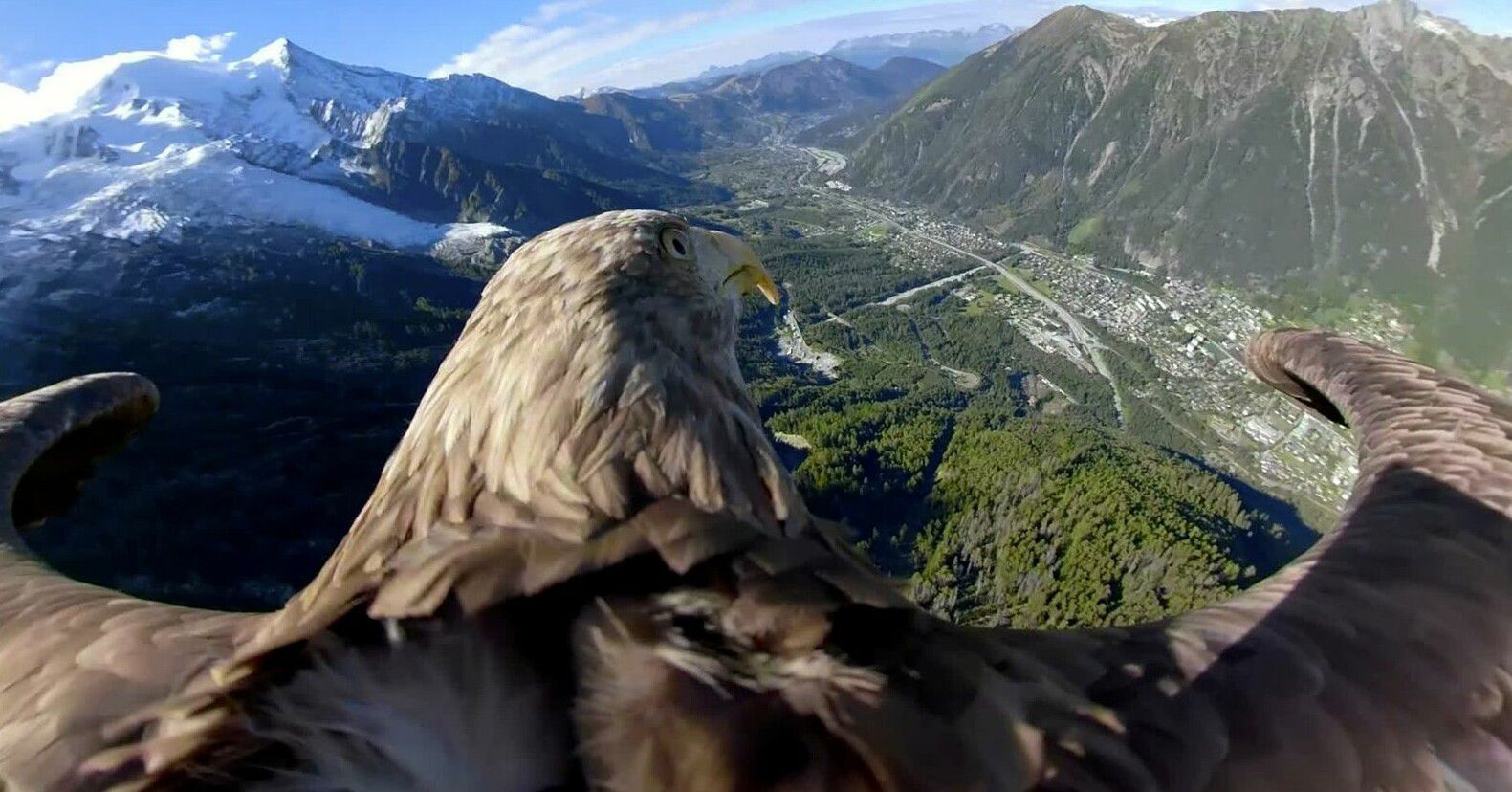 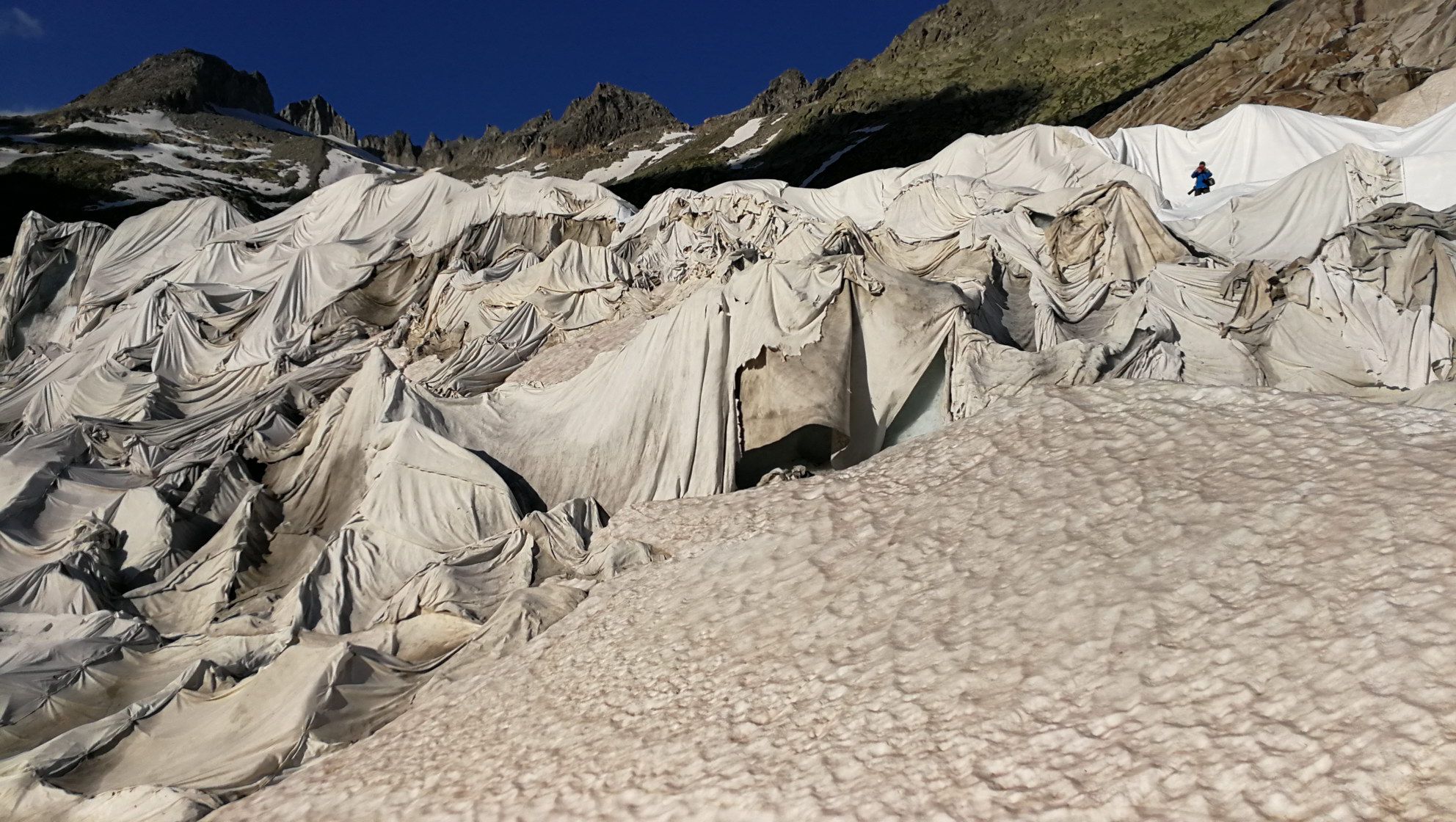 Since 2016, the Eaglewings project has been documenting the impact of climate change on the glaciers of the Alps in order to improve the lack of awareness of the far-reaching consequences of this development. The dramatic retreat of the glaciers is shown from three completely different perspectives, so that a comprehensive picture emerges.

As one of the most important photographers in Germany, Nomi Baumgartl dedicates her work primarily to nature. Her pictures show a lot more than just a landscape motif, for example. Thanks to her incredible sensitivity, she manages to give the viewer a deeper look into the soul of an image with her photographs. With each one she conveys a very unique atmosphere. Thus, her photographs (from the “Nomi-Eye” perspective on the ground) ensure that the emotions are transported to the hearts of the people and encourage a closer look. 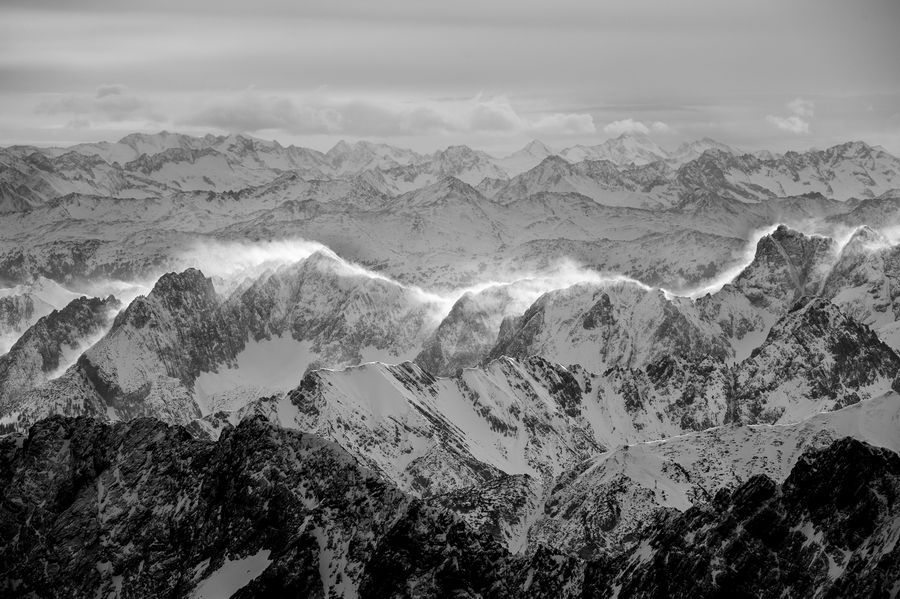 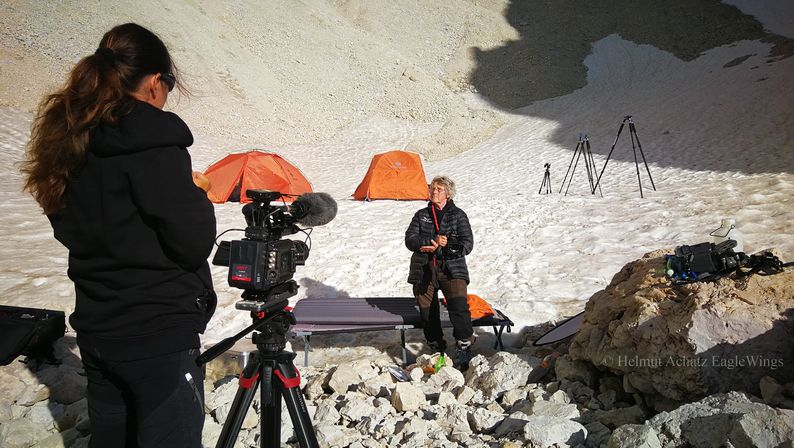 As the “king of the skies in the Alps”, according to Nomi Baumgartl, the eagle overlooks everything that happens in the entire ecosystem of the Alps. With footage from a 360° camera on its back, the “Eagle-Eye,” the white-tailed eagle Victor shows a breathtaking view of the Alpine region. “Above all, the main ambassador of the project provides us with an unbiased view of the rapid changes taking place in its habitat,” says Helmut Achatz. The white-tailed eagle was by no means chosen at random. Rather, it embodies the ideal symbolic link between the melting glaciers and the path of water to the lakes at the edge of the Alps and the sea. One of the project goals includes the reintroduction of the white-tailed eagle to its original habitat, as Helmut continues to explain.

The “Satellite-Eye” offers the third perspective. The satellite images taken from space by the German Aerospace Center (DLR) in cooperation with the European Space Agency (ESA) show the Alps on a large scale and thus perfectly complement the images and videos from the air and from the ground. Allowing the long-term effects resulting from human activities can be visualized particularly well. These images provide a global and scientific view and make it possible to venture a prognosis for the future.. 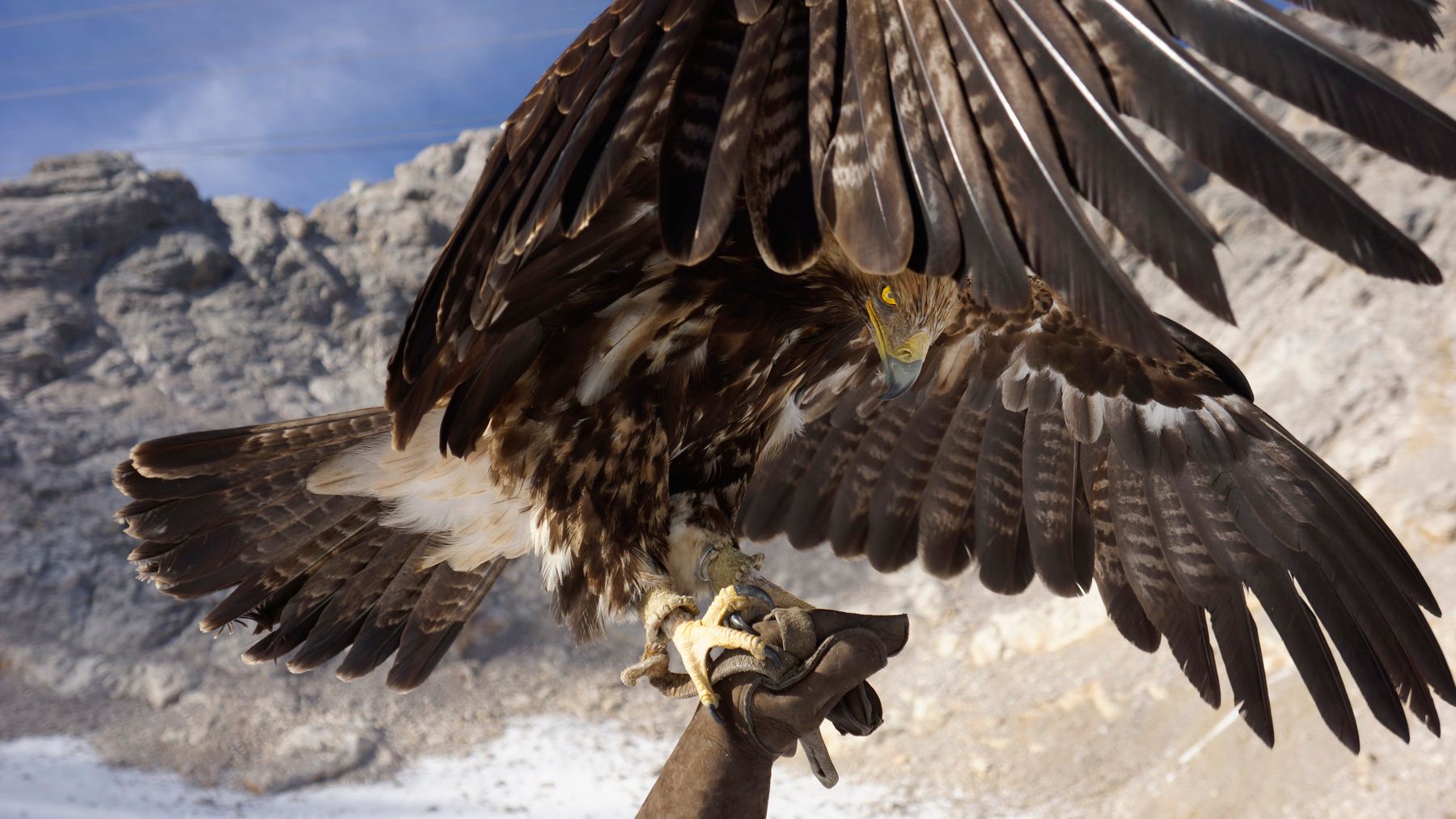 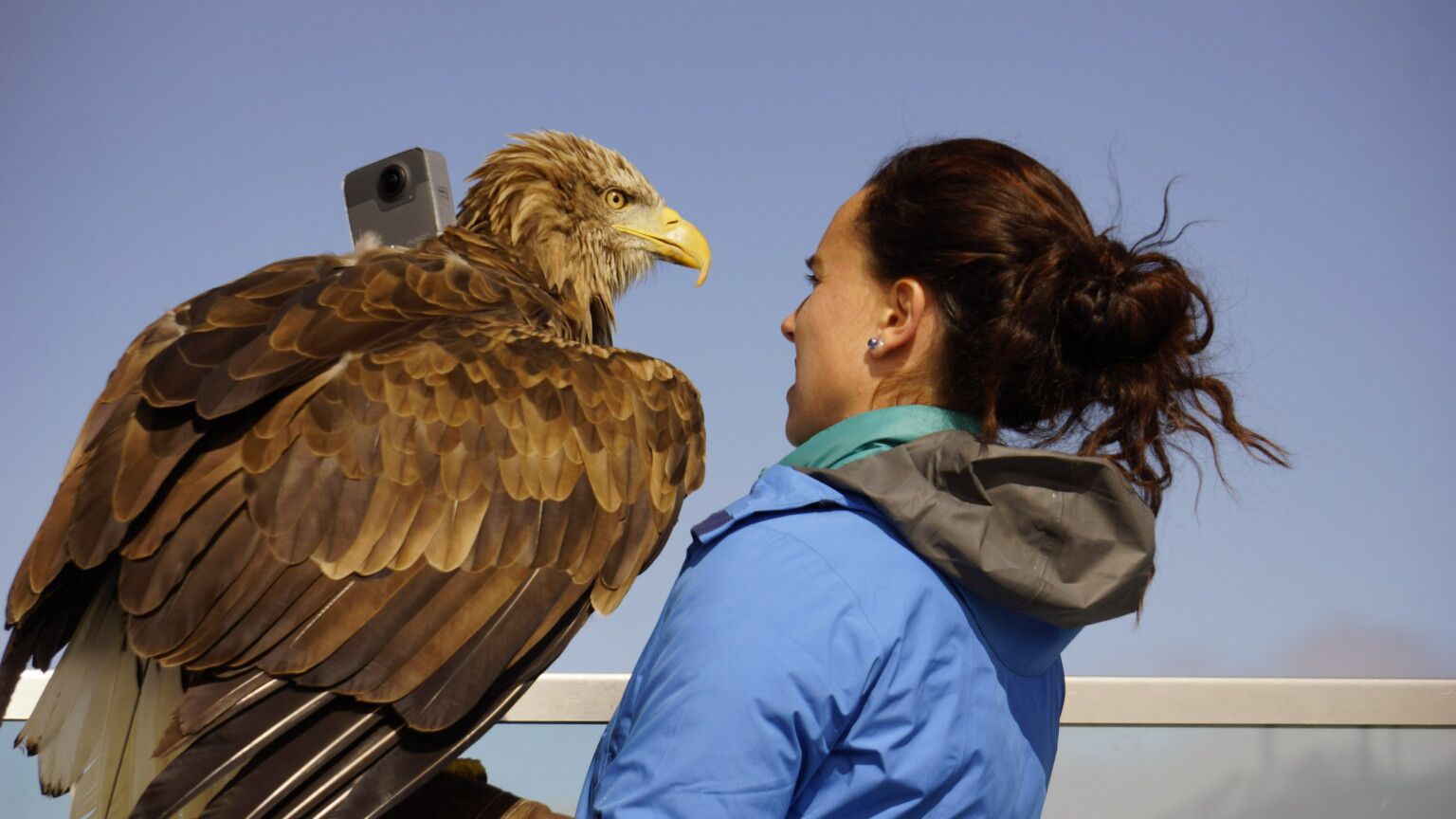 Everyone has it in their own hands

The melting of glaciers is bringing about major changes that are having drastic effects on animals and humans. Since these changes are not slow, but unfortunately very fast, it is very important that we become aware of our actions. This is exactly where the Eaglewings project comes in, providing us with a comprehensive picture in a fascinating way that gives us an idea of the full extent of the change. “We have the information and Eaglewings has the emotions”, this quote from Prof. Dr. Mike Rast, senior advisor ESA, clarifies the goal of the project: to reach people emotionally so that everyone feels encouraged to join in when it comes to keeping their own ecological footprint on this planet as small as possible.

As sustainability has always been a core value of the Marmot, there was no discussion when we received the request for suitable equipment for the Eaglewings team, and so we were very happy to support this great project with our tents and clothing for the team. Of course, synthetic insulation jackets were the product of choice. Marmot Featherless products, which are made of 75% recycled material, not only win in terms of sustainability, but also keep reliably warm even in humid conditions, unlike down. For the hardshell jacket, the color played a critical role, since the falconer’s jacket had to be orange for better orientation of the sea eagle.

The impressive pictures and films will be exhibited worldwide. The Eaglewings project is supported by renowned scientists as well as the heads of ESA (European Space Agency) and DLR (German Aerospace Center), who are Eaglewings ambassadors. The Bavarian Minister of the Environment Thorsten Glauber is also an ambassador.